Modern and Contemporary Arab Art from the Levant 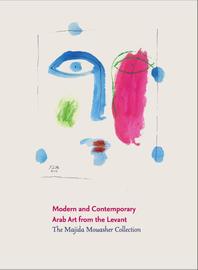 We need art more than ever before. We live in a time when we try to deal with our problems and try to describe our world through words, figures and logic. But to understand humans and to look at the bigger shifts - the tectonic plate shifts in the human condition, so to speak - we need to rise above, or go below, the 24/7 news cycle, and we need art to give us a different language to understand the human condition.

Majida Mouasher was the owner of the 4 Walls Art gallery in Amman, Jordan between 2000 and 2006. During that time, she worked with more than ninety artists, forty-four of whom form the nucleus of her stunning and vital private collection comprised of modern and contemporary Arab art from the Middle East in general and the Levant in particular, and spanning over sixty years of outstanding quality art.

At the time, there were very few contemporary galleries to be found in Jordan and artists were largely dependent on their own personal efforts and contacts to promote their work. There was a vacuum that needed to be filled and a public demanding to see contemporary art and get to know the artists. The aim of 4 Walls was to promote the artists by exhibiting their works and helping to sell them. Throughout that period, Majida Mouasher consistently bought work from these artists.

What makes this collection so unique is its astonishing diversity, despite the fact that the Levant is so heavily represented. The artists all have deep cultural roots in whatever the source of their inspiration might be, whether that is China, Russia, the West, or their own country of origin. Though many of them are now living in the diaspora, they all have in common an honest reaction to their environment, their cultural and social or historical backgrounds, their ethnic origins or political upheavals.

The wars and instabilities in the Middle East have forced people to move across continents and to the shorelines of Europe, bringing with them new and different cultural ways. Now that the Middle East is so much in the spotlight, an urgency exists to show its contemporary art to the Western public. Art is able to bypass conflicts, to enhance and promote understanding between cultures.

With texts by Majida Mouasher; HRH Princess Wijdan al-Hashemi PhD (painter and founder and president of the Royal Society of Fine Arts, Amman, Jordan); Nada Shabout PhD (Professor of Art History and Director of the Contemporary Arab and Muslim Studies Institute at the University of North Texas) and Dr. Luitgard Mols.

The artists in the collection and presented in this book are: