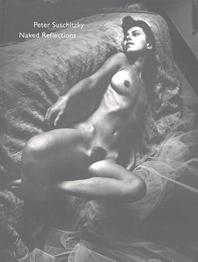 The work in this book is drawn from a project which famous cinematographer Peter Suschitzky has been working on for the past seven years, on and off between his activities in the film industry.

Suschitzky decided to take up this project after years and years of photographing life all over the world. He wanted a to find a theme which he could work on at home and in his own time. He knew that it would be hard to do anything original with the theme that he had chosen, as so many painters and photographers, great and small, have worked on this subject before him. Nevertheless he felt that he had to put his own imprint on the subject. The result is this gorgeous book, which also includes a small but extremely fine selection of Suschitzky's most important other work.

Peter Suschitzky was born in London, of Austrian and Hungarian parentage, both refugees from the twin storms of Hitler and Stalin. Photography was very much in the family as both his aunt, who studied the subject at the Bauhaus, and his father Wolfgang Suschitzky were professional photographers and an uncle - his mothers' brother, who perished in Auschwitz - was also an accomplished amateur photographer.

Although Suschitzky's inclination was to study music, his father, being a cinematographer himself, prevailed upon him to study cinematography. So Peter went to study at the leading film school in Paris, where his teacher despaired of him, telling him diplomatically that he was good at pushing the dolly.

In a hurry to start in the real world, he left the school after only one year and started as a third assistant in a small film studio in London. He became a cinematographer himself very soon after, at the age of 21.

Suschitzky started with documentary films, destined for German television in Latin America. When he returned to London he was luckily asked to shoot his first feature film, aged 22. Thereafter, Peter Suschitzky's luck endured and he has been the director of photography on about fifty films, including The Rocky Horror Picture Show, Star Wars Episode V - The Empire Strikes Back, Dead Ringers, Mars Attacks!, Crash, Naked Lunch, A Dangerous Method, Cosmopolis, After Earth and Maps to the Stars. Suschitzky has won many awards, including the 2007 Genie Award for Best Achievement in Cinematography for his work on Eastern Promises - directed by master of horror David Cronenberg, with whom he has made eleven movies - and the 2009 ICFF Manaki Brothers Life Achievement Award.