the war in Syria 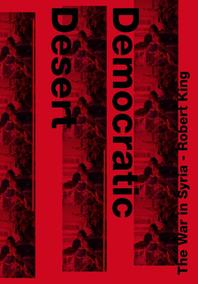 Since February of 2012 Robert King has documented an

unprecedented tragedy of the blatant targeting of civilians and

human rights violations and war crimes. As the conflict is entering its

third year there has been little if any international support from

democratic leaders to end the killing despite the fact that over

missing. 4.5 million Syrians are displaced within their country and

over 1.5 million Syrians are now refugees in neighbouring countries.

community. Many viewers find it easier to condemn the image maker

rather than the perpetrators of war crimes against humanity."

about the war in Syria. Robert King entered the country when almost all

conflict photographers had left, and he stayed. Therefore King is the

only photographer able to show us what really happens there. This book

shows a gruesome story without any constraint. It contains a DVD with

a forceful documentary film made by King during his stay in Syria.