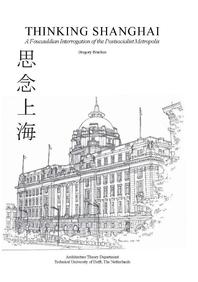 China's recent re-emergence as a world power is one of the transformative events of our time, and the most visible manifestations of the country's continuing rise can be seen in its two greatest cities: Beijing and Shanghai.

Since its inception as a colonial enclave in 1842,Shanghai has been one of the world's largest, richest, and most important cities. Traditionally

it has set the pace of change in China, and acted as a model for the rest of the country, both as an icon of capitalism before 1949 and as a paragon of state-planning after that period.

Shanghai today, with a population of approximately 20 million, is a mega-city, and the sometimes bewildering pace of development since 1990 has seen it grow even richer as it re-emerges onto the international stage. Zhu Rongji has compared Shanghai to New York, and even Time magazine has labelled the city 'a rival to New York City as the "Center of the World" in the 21st century'.

This investigation asks can Shanghai indeed become the New York of Asia?