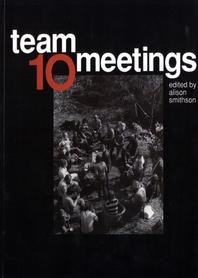 personal remembering of Team 10, a record of all

those at Royaumont (1962) and Rotterdam

(1974). Thus more than a decade of central thought

by Team 10 is spanned, from the emotions and

manifestos of the fifties via the projects of the sixties

to the seventies, when ideas began to come to

fruition at Toulouse Le Mirail, in the Serlin Free

University, the Housing Wall in Syker, the Catholic

Church in The Hague, the Housing Estate 't Hooi in

Eindhoven, and in Robin Hood Gardens in London.

Team 10 was European and in their discussions we

architects, without doubt, those who

comprised the Team 10 family were the leading

architects of their period.

Team 10 family members were, as individu als, both

tenured and visiting professors in Schools of Architecture

throughout Europe. As teachers in the United

States of America they have touched two if not three

generations of students. Their words will resonate

for architects throughout the world who were their

students within the thirty years from the 1950s into