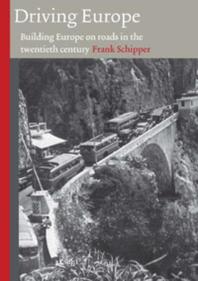 This book discusses the intersection of Europe and roads. Today we can hardly imagine life without roads and the automobiles that use them to move around. The vast majority of movements in Europe takes place on the road. Travelers use the car to explore parts of the continent on their holidays and goods travel large distances to reach consumers. Indeed, the twentieth century has deservedly been characterized as the century of the car. The situation looked very different around 1900. People crossing national borders by car encountered multiple hurdles on their way. Technically they imported their vehicle into a neighboring country and had to pay astronomic import duties. Often they needed to pass a driving test in each country they visited. Early on, automobile and touring clubs sought to make life easier for traveling motorists. What followed was a century full of international negotiations to tackle the problems arising from differing regulations, with Europe as the main stage. A peregrination along the archives of international organizations has provided the base material for the quest for continental road networks and sets of rules steering their use. The resulting thesis encompasses anything from standardized traffic signs saving human lives on the road to the Europabus taking tourists from Stockholm to Rome in the 1950s. Driving Europe thus offers a highly original portrait of a Europe built on roads in the course of the twentieth century.