How to Build Habit-Forming Products

In Hooked, Nir Eyal reveals how successful companies create products people can't put down - and how you can too 'A must-read for everyone who cares about driving customer engagement' Eric Ries, author of The Lean Startup 'The most high bandwidth, high octane, and valuable presentation I have ever seen on this subject' Rory Sutherland, vice chairman, Ogilvy & Mather Winner of best Marketing book in 800-CEO-READ Business Book Awards 2014 'The book everyone in Silicon Valley is talking about' Boris Veldhuijzen van Zanten, founder of The Next Web Why do some products capture our attention while others flop? What makes us engage with certain things out of sheer habit? Is there an underlying pattern to how technologies hook us? Nir Eyal answers these questions (and many more) with the Hook Model - a four-step process that, when embedded into products, subtly encourages customer behaviour. Through consecutive "hook cycles," these products bring people back again and again without depending on costly advertising or aggressive messaging. Hooked is based on Eyal's years of research, consulting, and practical experience.

He wrote the book he wished had been available to him as a start-up founder - not abstract theory, but a how-to guide for building better products. Hooked is written for product managers, designers, marketers, start-up founders, and anyone who seeks to understand how products influence our behaviour. Eyal provides readers with practical insights to create user habits that stick; actionable steps for building products people love; and riveting examples from the iPhone to Twitter, Pinterest and the Bible App.

Nir Eyal spent years in the video gaming and advertising industries where he learned, applied, and at times rejected, techniques described in Hooked to motivate and influence users. He has taught courses on applied consumer psychology at the Stanford Graduate School of Business and the Hasso Plattner Institute of Design and is a frequent speaker at industry conferences and at Fortune 500 companies. His writing on technology, psychology, and business appears in the Harvard Business Review, The Atlantic, TechCrunch, and Psychology Today.

Ryan Hoover's writing has appeared in Tech- Crunch, The Next Web, Forbes, and Fast Company. After working on Hooked with Nir Eyal, Hoover founded Product Hunt, a company that has been described as "the place to discover the next big things in tech." 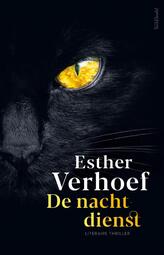 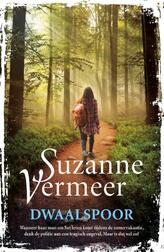