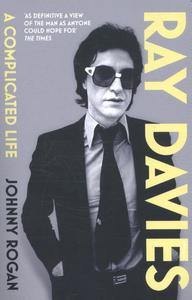 Ray Davies, legendary frontman of The Kinks, is one of the all-time greatest rock 'n' roll musicians - and also one of its most troubled and enigmatic. In the summer of 1964, aged twenty, Ray Davies led The Kinks to fame with their number one hit 'You Really Got Me'. Within months, they were challenging The Beatles and The Rolling Stones in the charts, swamped by fans and renowned for the rioting at their gigs. Over the next three decades, Davies wrote a string of enduring classics - 'All Day and All of the Night', 'Sunny Afternoon', 'Waterloo Sunset', 'Lola' - that secured his status as one of the handful of people to have redefined pop culture over the last fifty years.But Ray's journey from working-class Muswell Hill to the Rock 'n' Roll Hall of Fame was tumultuous in the extreme, featuring breakdowns, bitter lawsuits, spectacular punch-ups and a ban from entering the USA for almost four years. His relationship with his brother Dave, The Kinks' lead guitarist, is surely the most ferocious and abusive in music history. Based on countless interviews conducted over several decades, this richly detailed and revelatory biography presents the most frank and intimate portrait yet of Ray Davies, and promises to be the definitive biography of this most fascinating and complicated life.