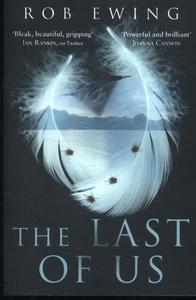 On a remote Scottish island, five children are the only ones left. Since the Last Adult died, sensible Elizabeth has been the group leader, testing for a radio signal, playing teacher and keeping an eye on Alex, the littlest, whose insulin can only last so long.There is 'shopping' to do in the houses they haven't yet searched and wrong smells to avoid. For eight-year-old Rona each day brings fresh hope that someone will come back for them, tempered by the reality of their dwindling supplies.With no adults to rebel against, squabbles threaten the fragile family they have formed. And when brothers Calum Ian and Duncan attempt to thwart Elizabeth's leadership, it prompts a chain of events that will endanger Alex's life and test them all in unimaginable ways.Reminiscent of The Lord of the Flies and The Cement Garden, The Last of Us is a powerful and heartbreaking novel of aftershock, courage and survival.