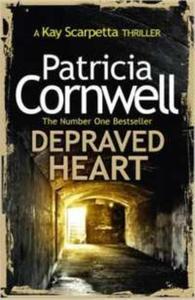 You are being watchedThe death of a Hollywood mogul's daughter has the police convinced it's an accident. But Dr. Kay Scarpetta knows better. It's almost as if someone is leaving evidence only she would spot.They are always three steps aheadScarpetta is sidetracked when she receives a video clip revealing disturbing secrets about her niece, Lucy. But before she can react, the FBI raid Lucy's estate.Time is running outScarpetta suspects one person is behind it all: the murder, the videos, the FBI. She needs to stop them before it's too late - and everyone she loves is destroyed.