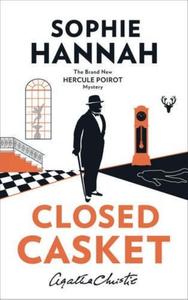 Following the phenomenal global success of The Monogram Murders, which was published to critical acclaim following a co-ordinated international launch in September 2014, international best-selling crime writer Sophie Hannah has been commissioned by Agatha Christie Limited to pen a second fully-authorised Poirot novel. The new book will be published in 2016, which marks the centenary of the creation of Christie's world-famous detective Hercule Poirot, introduced in her first book The Mysterious Affair at Styles.