The Girl who Saved the King of Sweden 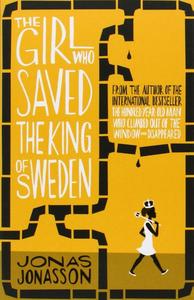 Nombeko Mayeki is on the run from the world's most ruthless secret service - with three Chinese sisters, twins who are officially one person and an elderly potato farmer. Oh, and the fate of the King of Sweden - and the world - rests on her shoulders.Born in a Soweto shack in 1961, Nombeko was destined for a short, hard life. When she was run over by a drunken engineer her luck changed. Alive, but blamed for the accident, she was made to work for the engineer - who happened to be in charge of a project vital to South Africa's security. Nombeko was good at cleaning, but brilliant at understanding numbers. The drunk engineer wasn't - and made a big mistake. And now only Nombeko knows about it ...As uproariously funny as Jonas Jonasson's bestselling debut, this is an entrancing tale of luck, love and international relations.