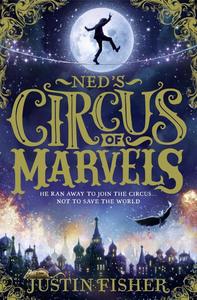 Ned Waddlesworth has always considered his world to be exceptionally ordinary. Until the day he discovers it ISN'T. AT ALL. Because on Ned's thirteenth birthday he discovers that everything magical he's ever read about or imagined is REAL.And without him, the world will soon be engulfed in monstrous beasts and beings.So with the help of a robot mouse, a girl witch and a flying circus unlike any other, it's up to Ned to swoop in and save the day!Roll up, roll up, and prepare to be AMAZED by Ned and the marvellous, magical, monstrous flying circus!