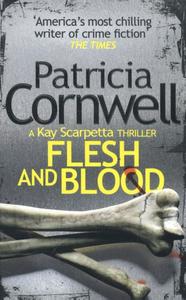 BiographyIn 1990, Patricia Cornwell sold her first novel, Postmortem, while working at the Office of the Chief Medical Examiner in Richmond, Virginia. An auspicious debut, it went on to win the Edgar, Creasey, Anthony, and Macavity awards as well as the French Prix du Roman d'Aventure prize - the first book ever to claim all these distinctions in a single year. Today, Cornwell's novels and now iconic characters, medical examiner Kay Scarpetta, her niece Lucy and fellow investigator Pete Marino, are known all over the world. Fox 2000 is actively developing a feature film about Kay Scarpetta. Beyond the Scarpetta series, Patricia has written a definitive account of Jack the Ripper's identity, cookbooks, a children's book, a biography of Ruth Graham, and two other fiction series based on the characters Win Garano and Andy Brazil.