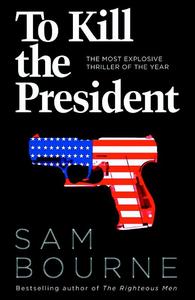 A blockbuster thriller from No.1 Sunday Times bestselling author Sam Bourne, in which Maggie Costello uncovers an assassination plot to kill the tyrannical new president.The unthinkable has happened...The United States has elected a volatile demagogue as president, backed by his ruthless chief strategist, Crawford 'Mac' McNamara.When a war of words with the North Korean regime spirals out of control and the President comes perilously close to launching a nuclear attack, it's clear someone has to act, or the world will be reduced to ashes.Soon Maggie Costello, a seasoned Washington operator and stubbornly principled, discovers an inside plot to kill the President - and faces the ultimate moral dilemma. Should she save the President and leave the free world at the mercy of an increasingly crazed would-be tyrant - or commit treason against her Commander in Chief and risk plunging the country into a civil war?